We worked fast.  On February 17th I was hired and told that we needed to figure out the show and needed scripts right away.  We built the show in a week.  Mark Edens started on the hour-long pilot 2-parter, and we had an 80-page script three weeks later — while we were crafting and getting the okay for all 13 stories for the first year (and possibly the only year).  Other writers jumped in, then Mark and his brother Michael did a couple more, and before we knew it, we were done.  Only one story was a direct adaptation of a comic (“Days of Future Past”).  The rest were crafted on by Mark and me using bits and pieces of X-Men comic history, some suggested by artists and writers, much expanded in a hurry, all okayed by Marvel and Fox.  Our one priority: focus on the characters.  Below is the chart I kept of the progress we made, from day of assignment of a couple-sentence idea, through 10-page outline and 40-page script.  There was a mid-season delay, then we pressed on. We finished them all before we saw a frame of finished animation.  We just hoped they would look good.  Enjoy a bit of production history: 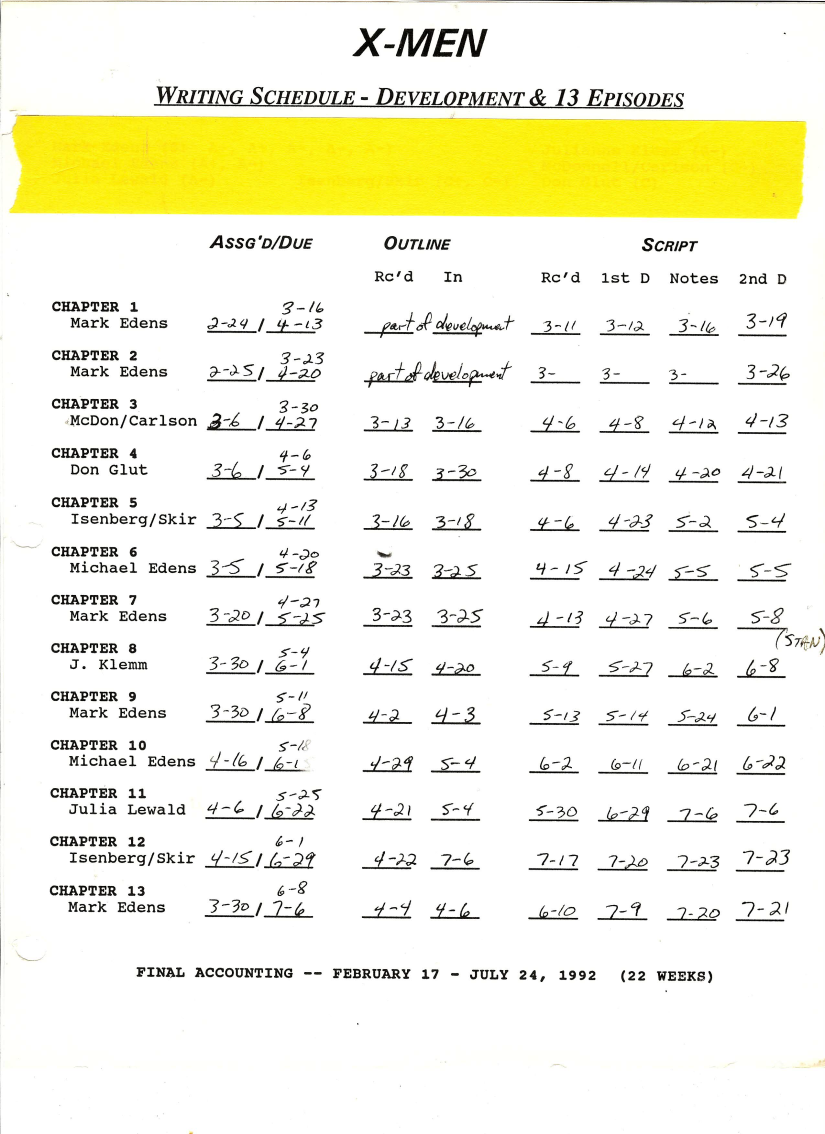